In 1911, Oklaholma City was experiencing massive growth. The Chamber of Commerce and city government together purchased the land that would eventually, in 1927, be approved by voters to become the site of the “Civic Center Project,” with a bond of $4 million. Construction of the then-entitled Muncipal Audotorium was finally completed in 1937, ten years later. In 1966, the Municipal Auditorium was revamped and renamed the Civic Center Music Hall, rebuilt to cater specifically to the performing arts, and began to host concerts and performances, one of the most notable being the appearance of KISS in 1976. 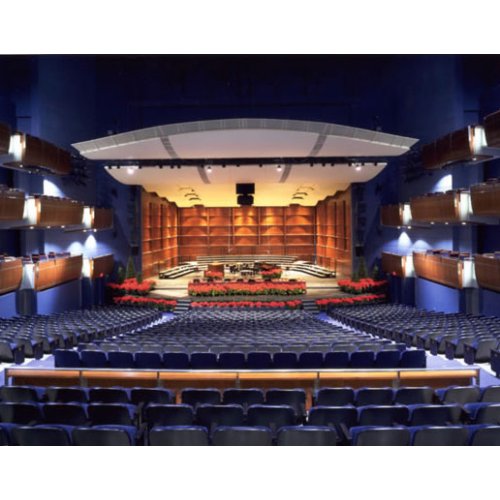 In 1998, the theatre closed for a 3-year rennovation, at the end of which it featured a multi-story atrium, balconies, box seats, suites, superb acoustics, and a hydraulic orchestral pit. This lush incarnation of the Civic Center is the one that patrons are entertained at to this day.